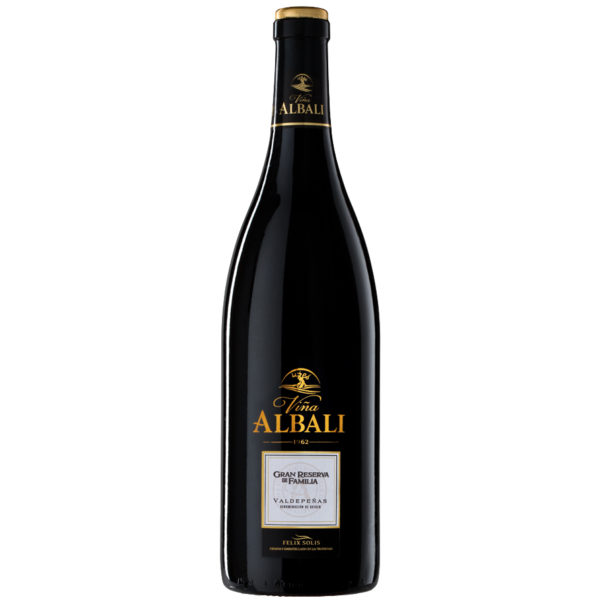 Serving temperature: Between 18-20° C. We recommend opening the wine at least half hour before serving or decanting to enjoy its full potential.

Harvested by hand at night during mid-September when the grapes are at their optimum. The typical characteristics of the Tempranillo and Cabernet Sauvignon grapes are captured throughout the fermentation and ageing. Depending on the vintage, the wine is finished in American oak for an average of at least 24 months. Ageing is completed in the bottle.

Valdepeñas takes its name from the ancient city by the same name, that lies on a sun-baked river valley dotted by small rocky formations (Val-de-peñas – Valley of Rocks). Located in the South of Castilla-La Mancha in central Spain. The area is almost entirely encircled by both La Mancha Denominación de Origen on the North border and Andalusia on its Southern limits. It experiences extreme weather conditions, with temperatures reaching up to over 40 ºC in the summer and dropping to as low as -10 ºC in the winter.

This wine has outstanding complexity, influenced by its long ageing, with light aromas of leather, cocoa and spices. On the palate it maintains a perfect tannic balance that promises good ageing potential. The flavours depict rich mature red fruits (cranberry and raspberry), vanilla and oak. It is powerful and very tasty with a pleasant bouquet and a long finish.

You must be over 18 years to visit this website.